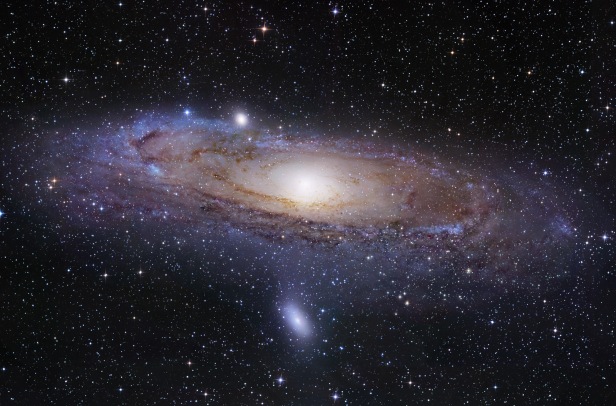 Scientists now know that the universe is not only expanding but also that expansion is gaining speed. There’s a point at which we can’t see or detect anything; that’s because the far “edge” of the universe is moving away from us – relatively – at the speed of light.

As this expansion continues, in hundreds of millions of years, the galaxies we’re now able to see will go behind this “wall,” and will be lost from our sight. It’s possible, if there are any astronomers billions of years from now, they’ll have no idea what a galaxy is. They will have never seen one, will never be able to see one.

If this expansion continues, at some point in the far future all the stars in the sky will be receding at the speed of light, and they’ll be lost to us forever. We’ll know nothing of stars.

But it won’t stop there. At some point the outer planets will go, then the inner ones. And as the expansion continues, there would be some point at which the walls of the room you’re in would fall out of your view. And then your extremities, and then your mind.

So go ahead and get the large fries.