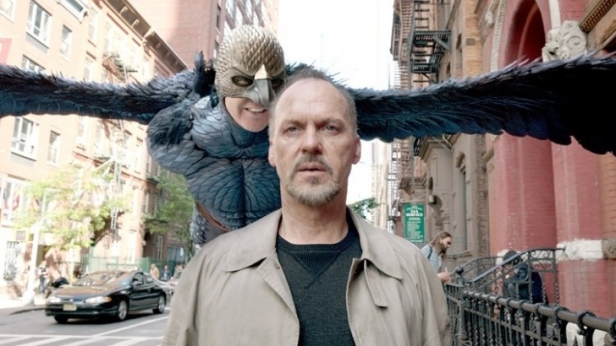 “Birdman” is both an indictment of a movie culture that gives us nothing but franchise superheroes and CGI explosions… and of actors and artists who think they’re oh so above donning a latex suit and making a hundred million on opening weekend.

The film is a technical masterpiece, put together as one long tracking shot over nearly two hours, and the director never clues you in on exactly what is in Michael Keaton’s head and what’s not in this play within a play… But it’s is also an utterly brilliant piece of acting from a guy who once donned a latex suit for Batman in the late 80s.

“Birdman” piles the bravery of showing aging human bodies in all their ugliness in brutal reality on top of what can only be fantasy and pretension, in ever-arching circles of self-awareness while ultimately closing its eyes and letting us fly away from it in the end.