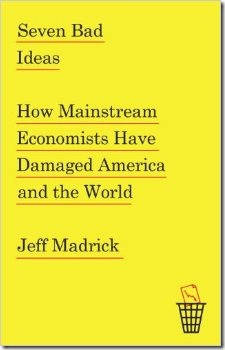 “Faith in the Invisible Hand led to the once-general belief that a higher minimum wage results in lost jobs. It presumes that the wage paid reflects the worth of the workers and that any wage increase resulting from a minimum wage law represents an overpayment to workers, reduces profits, and also reduces the hiring of new workers. But in fact often the wage can be too low because of a business’s power or generally restrictive government policies that keep unemployment high. In that case, a hike in the minimum wage would be healthy economically, restoring demand for goods and services, and would not cause jobs to be lost. At the turn of the nineteenth century, the American economist John Bates Clark made one of the first claims that, economy-wide, wages reflect the worth of labor. As we shall see, there is little serious empirical work to justify this conclusion, and recent studies—which I call dirty economics—have shown that increases in the minimum wage result in very few lost jobs, if any. Empirical analysis is at last changing economists’ minds.”

I interviewed Mr. Madrick a few weeks ago on KFI’s Sunday Morning News.