Alright you Microsoft haters, say what you will about them, but this is freakin’ cool: 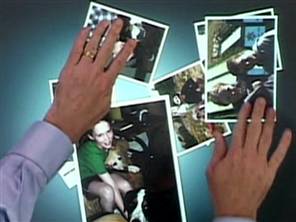 It’s a computer that’s built into the surface of a table that responds to touch and hand movements, just as if you were working with actual documents and pictures on a table.

See a demo of it here:

There’s a lot about the 21st Century that’s disappointing to this child of the sixties who grew up with science fiction. Where are the flying cars? Cities on the moon? But the “table PC” is cooler than anything I’ve seen on Star Trek.