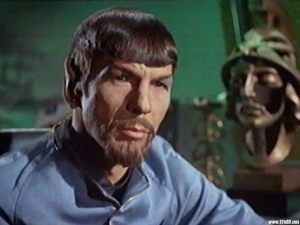 NBC Universal, owner of Sci Fi Channel, and CBS Inc, owner of the rights to all things Trek, are pairing up to introduce a new cable channel to be sold in conjunction with Sci Fi Channel. No name for the channel has been announced, but according to reports it will be “all Star Trek, all the time.”

The channel will play continual re-runs of all Star Trek series, as well as the films, news about Star Trek, clips of cast interviews from other TV shows, and various specials that have been produced over the years. The channel will also carry the new “enhanced” special effects edition of TOS.

Many surviving Trek castmembers have been signed to record “bumpers” and intros as well as hosting new specials. According to a rumor, one of the new programs will be a reality show starring Leonard Nimoy wherein “whacky” contestants compete to see who can purge their emotions most completely.